More
This documentation does not apply to the most recent version of ITSI. Click here for the latest version. 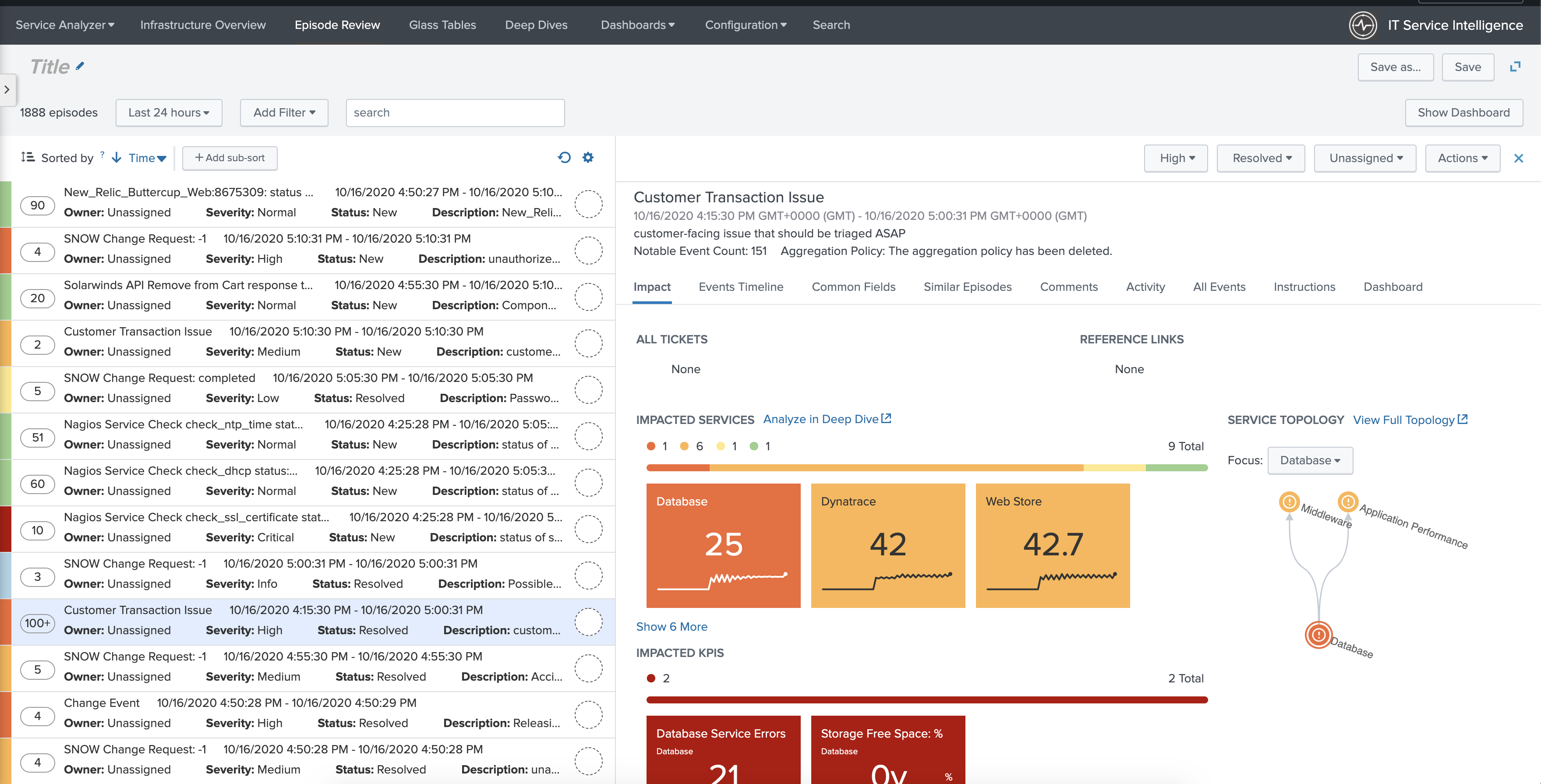 An episode represents a group of events occurring as part of a larger sequence (an incident or period considered in isolation).

As an analyst, you can use Episode Review to gain insight into the severity of episodes occurring in your system or network. You can use the console to triage new episodes, assign episodes to analysts for review, and examine episode details for investigative leads.

You can perform actions on episodes, including running a script, sending an email, creating a ticket in ServiceNow or Remedy (if configured), adding a link to a ticket in an external system, and any other custom actions that are configured. You can also automatically perform actions on episodes through the use of notable event aggregation policies. See Overview of aggregation policies in ITSI for more information.