Ram adds dispositions to the risk notables using the Incident Review dashboard to identify the threat level associated with the notable accurately. Adding a disposition helps to classify the notables, separate the false positives, and drill down on the notables that pose the highest threat. This helps Ram to accelerate the triage of notables during an investigation and respond to security threats faster. 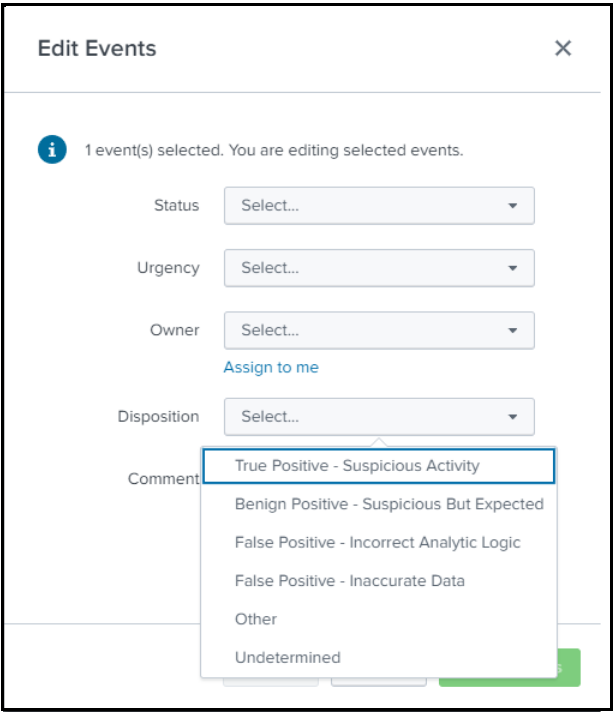 Now Ram needs to investigate only risk notables that are tagged as True Positive - Suspicious Activity.

This documentation applies to the following versions of Splunk® Enterprise Security: 7.0.1, 7.0.2