More
This documentation does not apply to the most recent version of Gateway. Click here for the latest version.

For client devices and Splunk platform instances to communicate through the Cloud Gateway service, both sides require a public and private key pair. Both the client and Splunk Cloud Gateway app generate a unique private and public key pair with a 256-bit ECC key strength.

The Splunk Cloud Gateway app requires you to open port 443 outbound to the host prod.spacebridge.spl.mobi, which allows the Cloud Gateway service to bidirectionally route the encrypted data between client devices and Splunk platform instances through websocket or gRPC connection. No inbound ports are opened.

For Splunk Natural Language Processing (NLP) requests, Splunk Cloud Gateway stores the fields required to create an intent, such as utterances, attribute types, and result types. NLP sends a saved search ID to your instance and uses the NLP fields to make a natural language request for data. NLP also uses the Libsodium cryptographic tool, which secures your data end to end during transit and at rest. 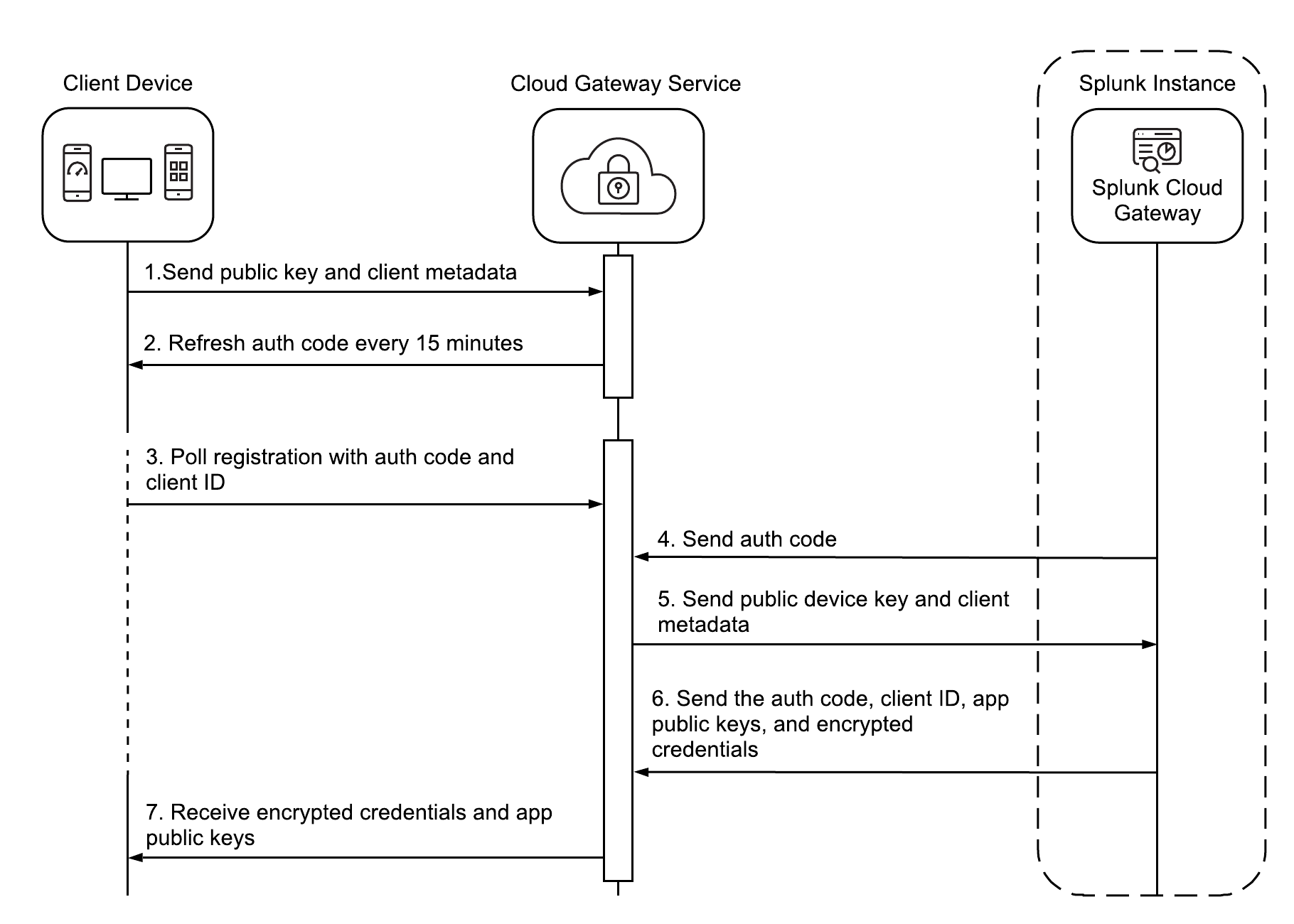 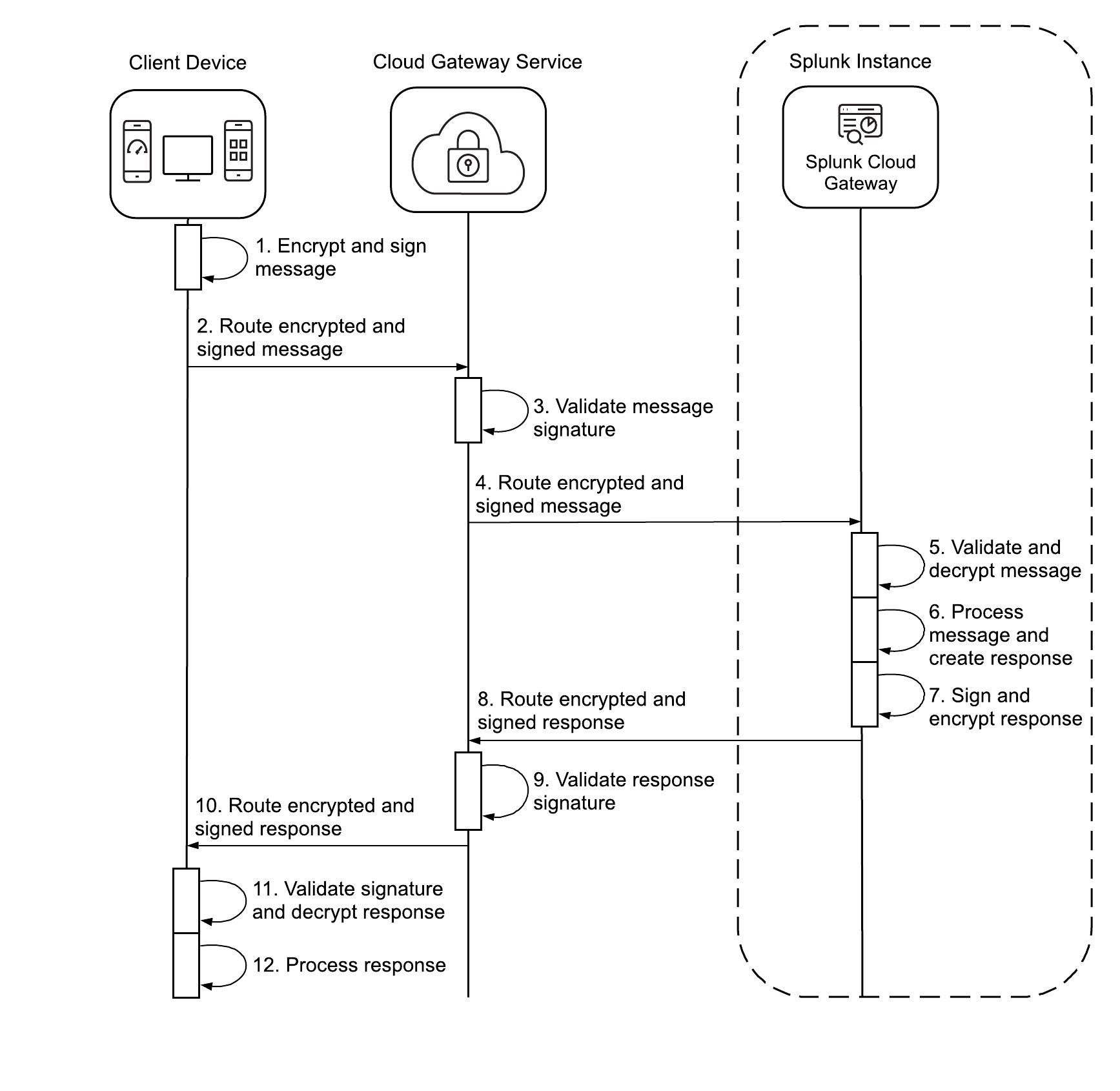 The Splunk Cloud Gateway app secures your data when connecting your Splunk platform instance to mobile devices in the following additional ways.

Sandbox security allows you to restrict data to an isolated environment. The Cloud Gateway service sandbox is separate from your Splunk platform instance. You define exactly what data to encrypt and transfer and which devices can receive the data. The rest of your deployment is untouched.