More
On August 22, 2022, the Splunk App Infrastructure will reach its end of life and Splunk will no longer maintain or develop this product.

If you plan to send VMware data to SAI, you also have to install the Splunk Add-on for VMware Metrics and deploy a Data Collection Node (DCN) and Data Collection Scheduler (DCS). For more information, see About VMware vSphere integrations in SAI. 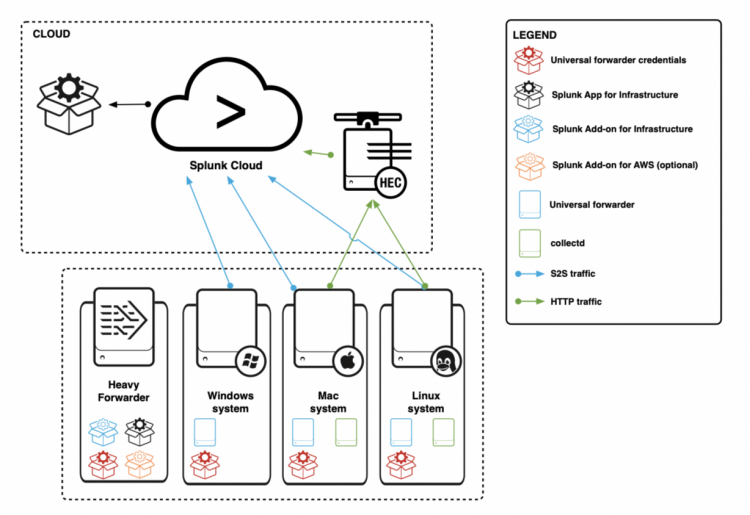 Starting with SAI version 2.2.0, VMware data collection is completely handled in the Splunk Add-on for VMware Metrics. For more information, see About VMware vSphere integrations in SAI. To collect VMware data collection, you have to install and configure a Data Collection Node (DCN) and Data Collection Scheduler (DCS) outside of Splunk Cloud. To set up a DCN and DCS, see these topics: