Build Playbooks with the Playbook Editor

Build Playbooks with the Playbook Editor

Determine your playbook flow in

The order in which you arrange the blocks and lines in your playbook determine the playbook flow.

Serial processing means playbook blocks are performed in the order they are arranged. 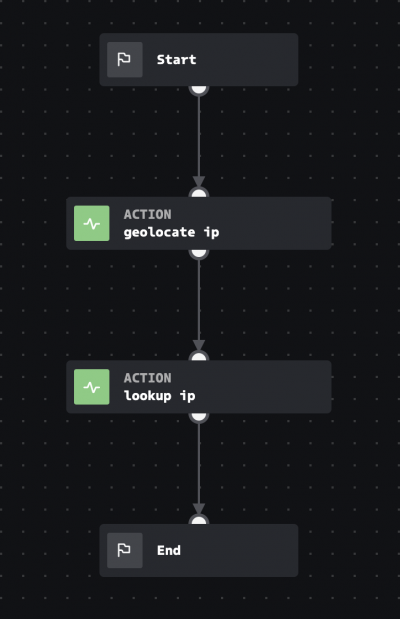 In this example, the blocks perform as described:

Use serial processing when there must be a specific order to the operations, such as when a downstream block depends on the results from an upstream block.

You can also wire blocks to process in parallel, as shown in the following example. 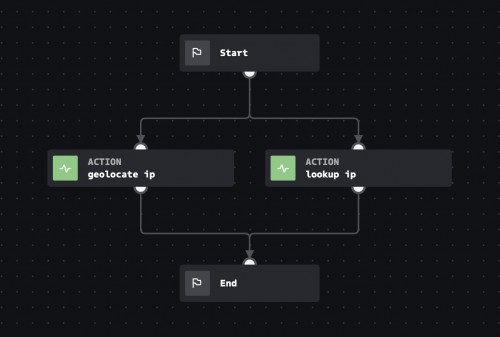 In this case, the geolocate ip and lookup ip actions perform simultaneously, and either action can finish first. You can wire blocks in this manner when you have no dependencies on the completion of either block, or if there are no dependencies between the blocks themselves.