Welcome to the Troubleshooting Manual

Use this topic to begin to troubleshoot indexing performance problems in Splunk software.

The following are some symptoms of indexing performance issues:

Before you continue, consider reading How indexing works in Managing Indexers and Clusters of Indexers.

The indexer processor can be in one of several states: normal, saturated, throttled, or blocked.

View the current state using any of these methods:

Determine and categorize the indexing rate

Distinguish between an indexing rate that is nonexistent (0 MB/s), low (1 MB/s), or high (at least several MB/s).

Indexing queue fill profiles can be grouped into three basic shapes. For this diagnosis, differentiate between flat and low, spiky, and saturated.

Indexing is not necessarily "blocked" even if the event-processing queues are saturated.

Here is an example of a flat and low queue fill pattern. 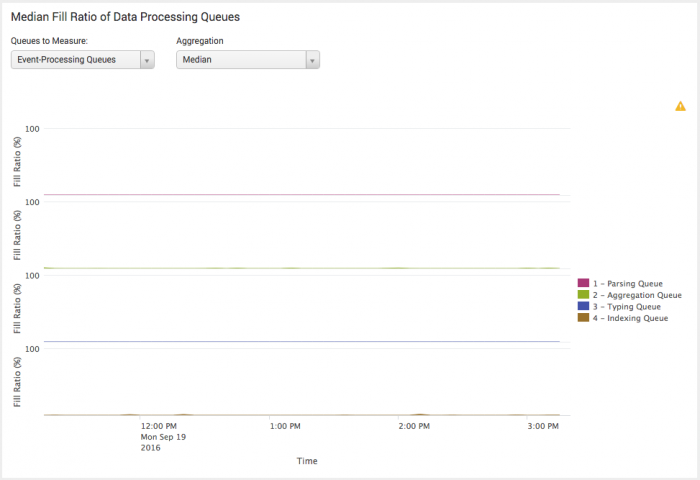 Here is an example of a spiky but healthy queue fill pattern. Although some of the queues saturate briefly, they recover quickly and completely. 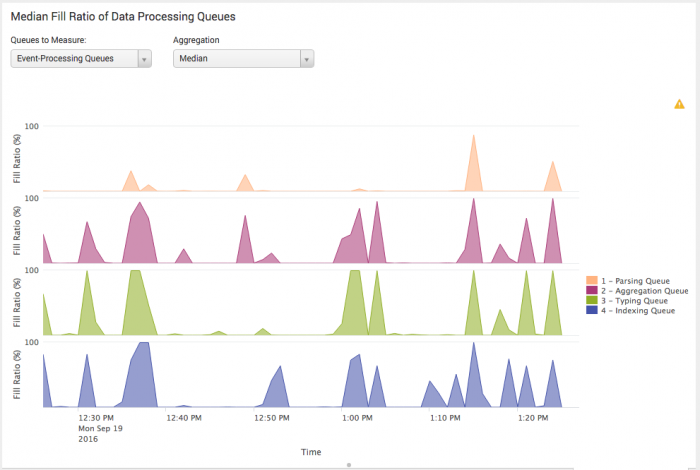 Here is an example of a saturated queue fill pattern. 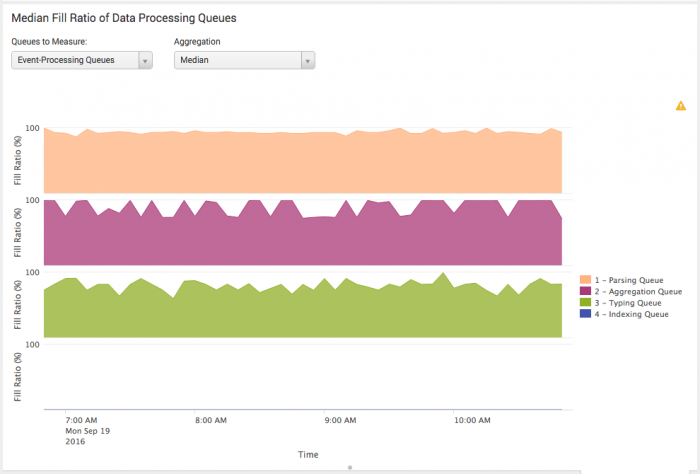 Once you have the three pieces of information from Gather information, use the following table to diagnose your system.