Splunk Stream is certified for deployment on Splunk Cloud. To deploy the app, contact your Splunk Cloud account team. They will evaluate your individual requirements, advise you on the required architecture, and install the app on Splunk Cloud for you. 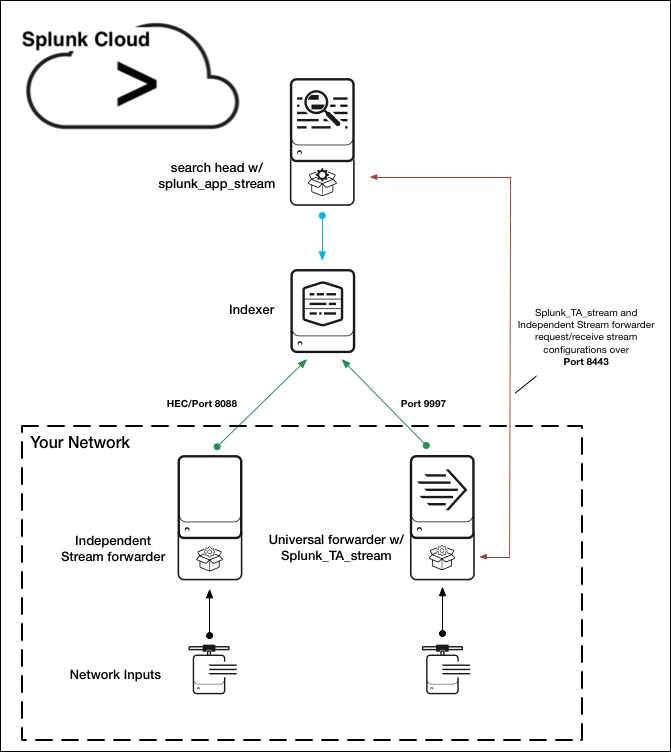 On-premises Stream forwarders running as part of Splunk_TA_stream must have access to port 8443 or 443/SSL to fetch their stream configurations over API from splunk_app_stream running on a search head in Splunk Cloud.

In addition, Splunk_TA_stream/local/inputs.conf must specify the location of splunk_app_stream on the localhost. For example:

Independent Stream forwarder uses HEC to send data to indexers in Splunk Cloud. To ensure that your credentials are never transmitted from your on-premises systems to Splunk Cloud, this feature uses token-based authentication.