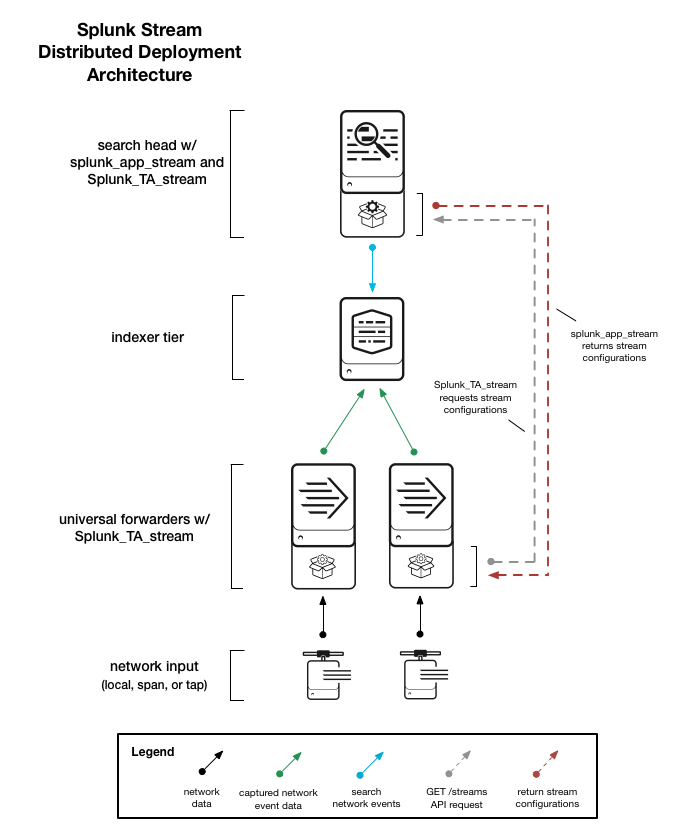 A distributed deployment includes these Splunk platform and Stream components:

Splunk_TA_stream is required on indexers.

In a typical distributed deployment, Splunk_TA_stream, which includes the streamfwd binary, is installed on universal forwarders and captures network event data on local NICs (such as each node of a subnet environment) or from a network SPAN or TAP. See Network collection architectures in this manual.

The streamfwd binary pings splunk_app_stream at default 5 second intervals over HTTP port 8000. If streamfwd detects a change in stream configuration (set in the Configure Streams UI), it sends an API request to the endpoint to get the latest configuration data. The location of splunk_app_stream is stored in Splunk_TA_stream/local/inputs.conf. For more information, see Configure Stream Forwarder.

This documentation applies to the following versions of Splunk Stream™: 7.0.0, 7.0.1