More
This documentation does not apply to the most recent version of AR. Click here for the latest version.

To learn more about Spacebridge, see About the Splunk Cloud Gateway security process.

Spacebridge is an end-to-end encrypted intermediary component between the mobile device, your Splunk instance, and Phantom. By using Spacebridge and Splunk Cloud Gateway, mobile devices never directly connect to your Phantom instance. 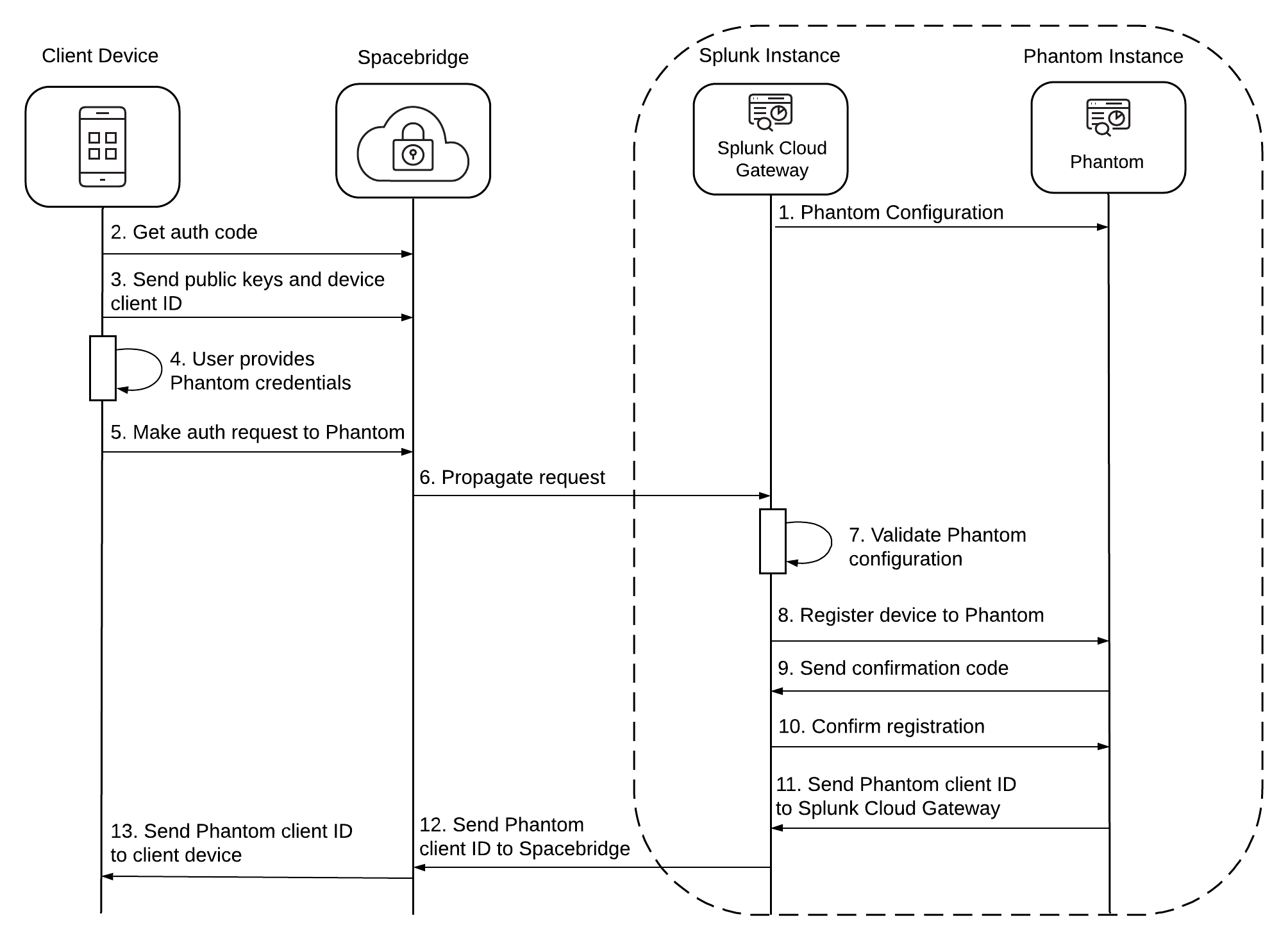 Mobile devices communicate with Splunk Phantom using Spacebridge, the same way Splunk AR users register to a Splunk instance. Splunk AR users must authenticate to a Splunk instance during initial device registration. Workflow automation uses this existing connection to facilitate device authentication to Splunk Phantom. Using the existing connection means that users and Phantom admins don't need to exchange authentication codes. It also doesn't require the user to be on a network that can directly access Splunk Phantom, which allows you to maintain a more secure set of networking rules. 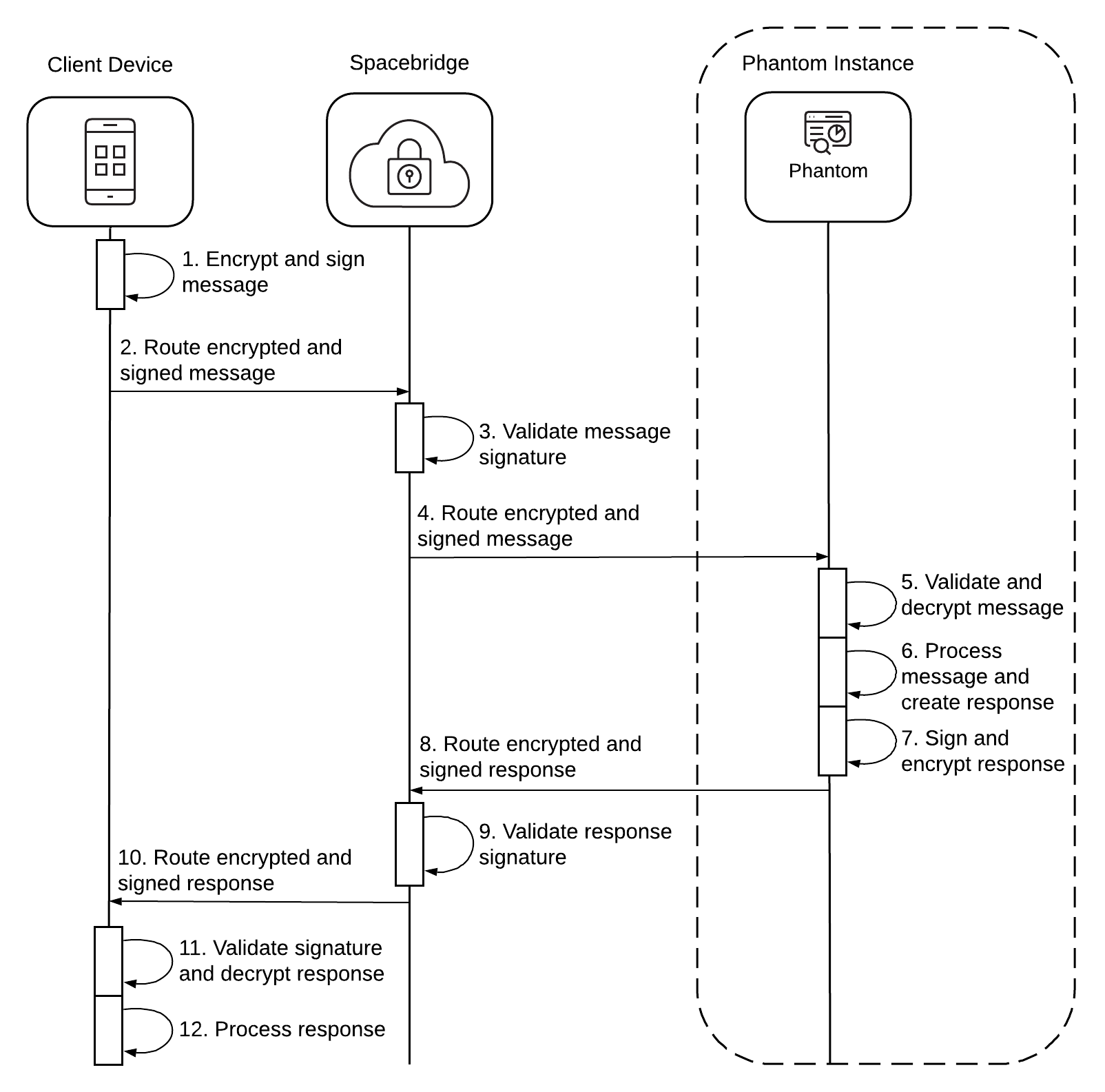 These are the steps that occur during a message exchange between the client device and Splunk Phantom: