Introduction to the Splunk Dashboards app (beta) for Enterprise and Cloud

Get started with dashboards

Get started with visualizations

Add a data source to a visualization

Work with the layout

Use inputs and tokens

The following is a screenshot of the visual editor using absolute mode. 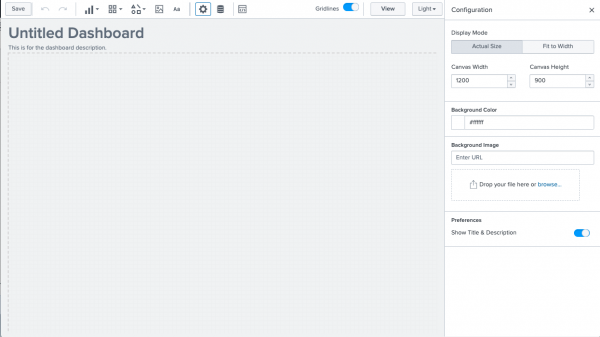 Example of the source editor

The following is an example of a dashboard definition in the source editor. 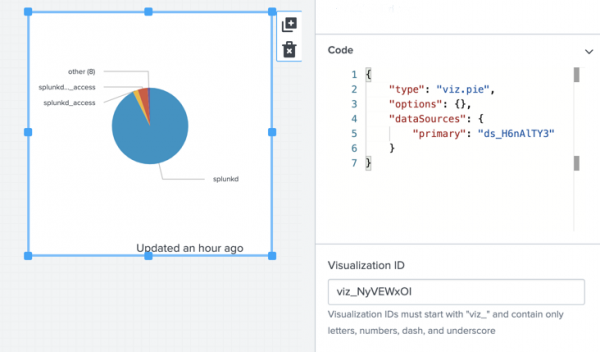 This documentation applies to the following versions of Splunk® Dashboards App: 0.8.0, 0.9.0