Use any of the four available filters on the Risk Analysis dashboard to search and filter the results. The filter is applied to all panels in the dashboard, not the key security indicators.

The Risk Analysis dashboard offers additional views to assist in analyzing risk scoring changes and what was responsible for making the changes. Use the filters to scope the view to a specific object or group of objects. Use the drilldown to explore the data as events. 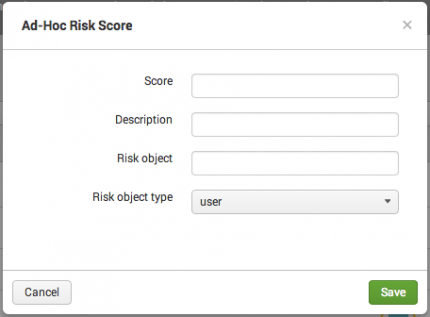