More
On August 31, 2022, the Splunk App for VMware will reach its end of life. After this date, Splunk will no longer maintain or develop this product. The functionality in this app is migrating to a content pack in Data Integrations. Learn about the Content Pack for VMware Dashboards and Reports.

You can view a list of clusters excluded due to lack of hosts or services. These are clusters that do not support cluster services and that contain less than two hosts.

To display details for a specific cluster, select a time range and the cluster name from the Cluster drop-down list. Details for the cluster are displayed in the panels. 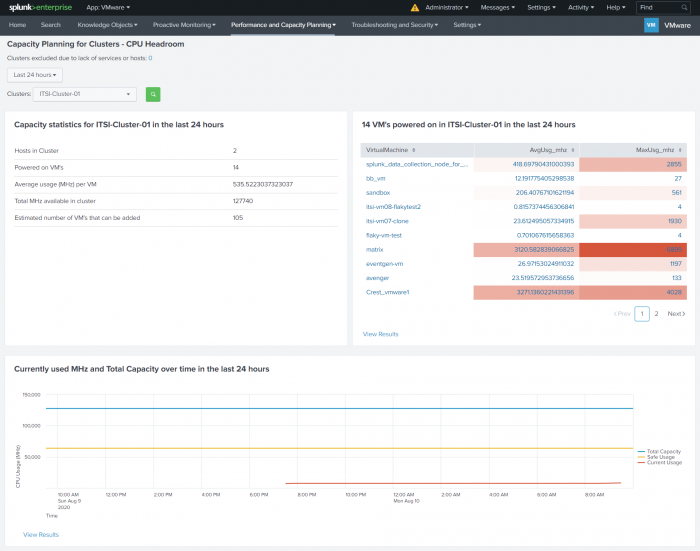 In the Capacity statistics panel you can see:

Powered on virtual machines in the cluster

The following metrics are used to calculate cpu utilization:

Searches that populate the dashboard

The following searches populate the panels in the dashboards:

This documentation applies to the following versions of Splunk® App for VMware: 4.0.4