Include alt text in images

All images in Splunk docs, whether a screenshot, diagram, GIF, or inline image, must have alt text. For inline images, GIFs, and complex diagrams, it's important to have adequate surrounding text so you don't place too much information in the alt text. As a general best practice, ensure that the entire section still makes sense if you replace an image with its alt text.

When you're writing surrounding text, keep the following points in mind:

When you're writing alt text for an image, keep the following points in mind:

Good alt text describes an image so that a user who uses screen readers can reach the same understanding as a user who can perceive the image visually.

The following examples show what good surrounding text and alt text can look like for different types of images.

This example shows a screenshot of the full width of the UI and its surrounding text:

This example shows a flow diagram with its surrounding text:

To plan a Splunk app for Splunk Cloud Platform or Splunk Enterprise, start by gathering the requirements of your app and understanding your data.

This example shows a search process diagram and its surrounding text: 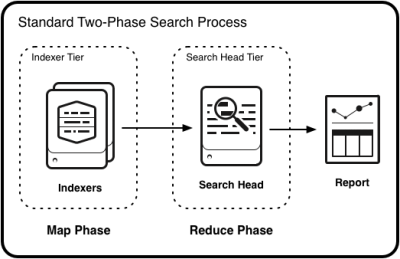 This example shows a diagram and its surrounding text:

You can use Splunk Phantom on-premises or in Amazon Web Services to monitor and automate responses to security issues. Splunk Phantom uses a PostgreSQL database to store information about incidents or cases, a file share to save relevant items in a vault, and a Splunk Cloud Platform or Splunk Enterprise deployment. You can choose either a limited, internal deployment that runs without a user interface or a fully featured deployment that's external from Splunk Phantom.

This diagram shows an example of a Splunk Phantom cluster with the connections marked: 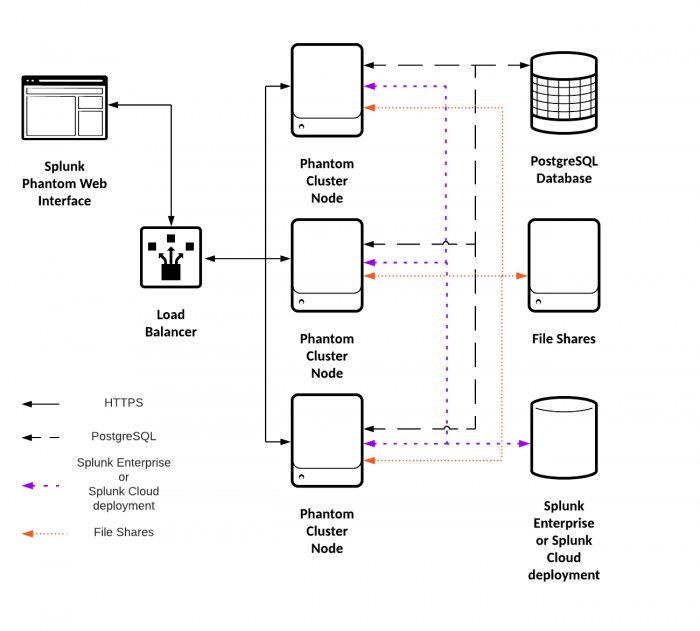 This example shows a GIF with its surrounding text. The alt text contains a detailed description of what happens during the animation:

The following animation shows how to add a Flow Model and launch the Explorer:

This example shows an icon that users must click as part of a step in a task. The alt text contains the name or function of the icon.

Include alt text in images